The EAC was established to try the “person or persons” most responsible for international crimes committed in Chad from June 7, 1982 to December 1, 1990, the regime of Hissène Habré. International crimes included torture, war crimes, and crimes against humanity. Habré’s trial began on July 20, 2015.

Habré’s trial was the first time the principle of universal jurisdiction, which permits countries to try grave crimes regardless of where the crimes were committed, led to a case proceeding to trial in Africa. It was also the first time a former ruler was prosecuted in the courts of another country for international crimes.

The Habré judgment was pronounced on May 30, 2016, and the former dictator was found guilty of:

The judgement was upheld by the Appeals Chamber of the EAC on April 27, 2017, officially concluding the trial. 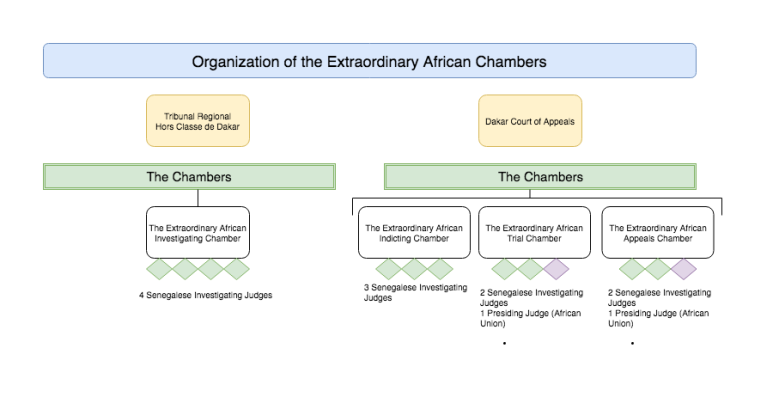